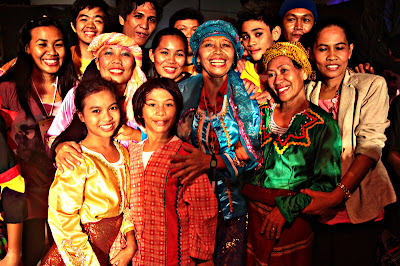 Davao Bloggers were fortunate enough to get invited to the 3rd International Rondalla and 10th Musikahan Festival in Tagum this month of February.  Our experience in Tagum was a series of new and adventurous learning as we discovered what Tagum City has become.

We started off in a fun photo caravan with other Tagum photographers as the City Information Office (CIO) spearheaded by City Information Officer III Edwin B. Lasquite toured us around to take photos of the city and its spots.  Being located far from the shoreline and with no integral scenic spots to boast off, Tagum decided to create parks and festivals to attract guests and visitors.  Now boasting 14 festivals in a year and parks all throughout the city, so many that even the public cemetery has one, Tagum was able to create happenings to boost business and tourism.

The music festival was a showcase of different string bands from different countries, choral groups, marching brass bands, rondalla artists, drum-bugle-and-lyre corps and artists specializing in wind and string instruments, as well as percussionists from its nearby contingents with around 5,000 people participating and competing in the 10th Musikahan Festival and (12) twelve countries sending their international delegates to Tagum to play in the 3rd International Rondalla Festival – Cuerdas sa Pagkakaysa. 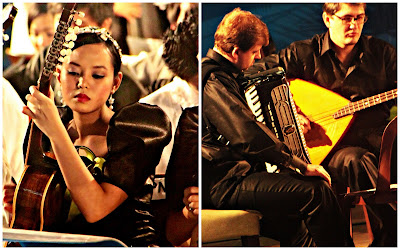 Cities from the different parts of the Philippines sent representatives and Tagum’s very own National Comprehensive High School Rondalla Group participated as well.  Tagum City National Comprehensive High School Rondalla Group performed in the 2010 World Expo in China and, for five days, showcased their talents in the Philippine Pavilion.

Aside from the concerts, the festival also has exhibits, outreach performances, seminars, interactive music clinics, and repertoire exchange to name just a few.  The 1st  International Rondalla was hosted in Naga City last 2004 and the 2nd in Dumaguete last 2007.

This festival was organized to create a bond with different countries in pursuit of peace and understanding amongst the world’s cultures through music.

Tagum City has indeed showed the ingenuity of how Filipinos create opportunities when there seems to be none.   And in effect, the government created a different attraction focused not on city tourist spots but rather on the unique experiences of every visitor.

For instance, I could almost always not remember the places I’ve been to, but I can vividly remember how it feels to be in Tagum.  How beautiful the river ride was, how exciting the night market as it sparkled with life and business late in the night. How flavorful the food and how friendly the people. How great and festive the city as it buzzed with colorful parades and with music echoing in every part of the locale.

We became part of many activities, witnessed different performances, got awed by local talents and met different people as everyone gathered to celebrate music in the city.

International and National press groups sent reporters and media groups to cover the festivities providing us bloggers some first hand learning experience by observing and interacting with these people we only have heard of.

We were so fortunate that on our last day, we were able to meet the National Editorial Team of Philippine Daily Inquirer in Secret Garden, a cool restaurant with no legitimate address (no kidding! – you just say at the back of Tagum Doctors) as introduced by Tagum CIO III Edwin B. Lasquite.

This festival was not only about celebrating but rather a symbolism of how the city government is localizing art and access to music by sponsoring Music scholarships and creating community-focused cultural groups that enables even local barangay residents to perform and improve their talents through interactive learning and performances.

Davao Bloggers were humbled and grateful to be part of Tagum’s progress as a city and to experience first hand as it came alive in its festivities and colorful celebration of art, music, and (as Ms. Universe candidates say it) world peace. 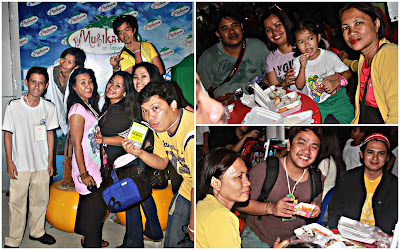 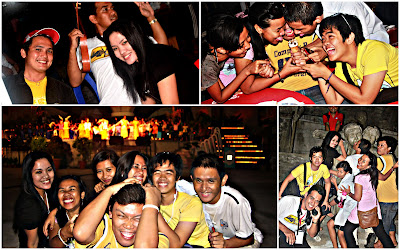 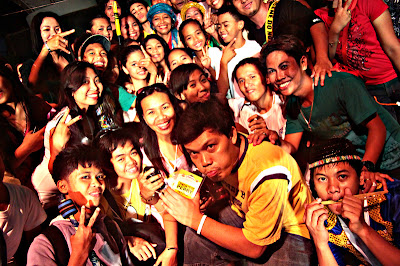 I want to go back to Tagum City and visit their 14 Festivals including the Tagum Food Appreciation Tour..wee!!

Nice trip you had...I hope I can also join one of your jams...

thank you manny - looking forward to you joining us soon

Hi, I enjoy reading your site! Is it okay to contact your through your email? Please email me back.