My brother demanded that I be present in his kid’s graduation.  Normally, I’d be flattered, but he wants me there not as a guest but as his photographer. ugh!  When he first sent me a message, I did not answer.  To get his point across, he camped in my house and informed me we are to leave 9am the next day.  That’s the thing with little brothers — they are pretty insistent. 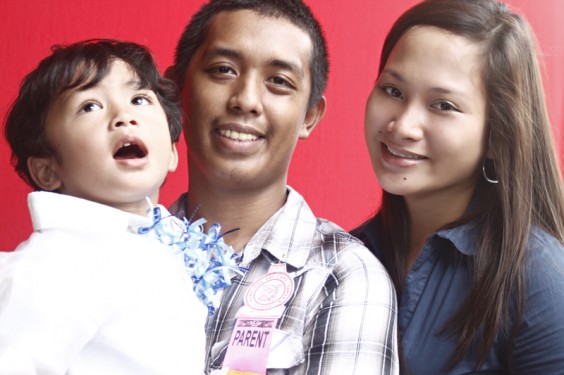 LJ is my little nephew who graduation in kindergarten last saturday. He was one of the students who graduated with merits.

In the gym, I saw a red cloth and was excited to use it.  We had an instant “studio”.  Red cloth hanging from one of the screens in the gym, sunlight, and me, as their photographer.  Not very soon, many parents gathered to have their photos taken by the red cloth during the ceremony…

Angel, Boggs, and Angie –> nope it’s not only my brother who camped in my house friday night.  Brought Angie home after our meeting in Cafe Demitasse.  I was supposed to drop her off at her friend’s store  but it was close and it was late…so I told her to spend the night at home. 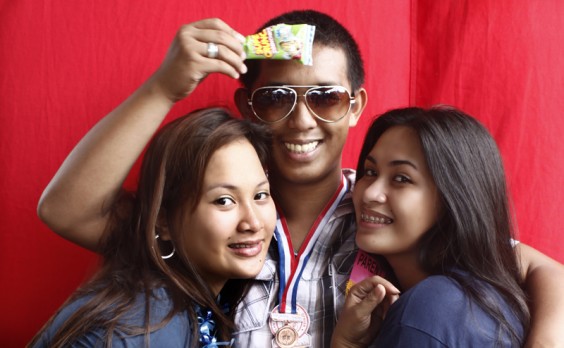 Angel, my little brother and I
Shot taken by Angie who just woke up to join us in the fun! 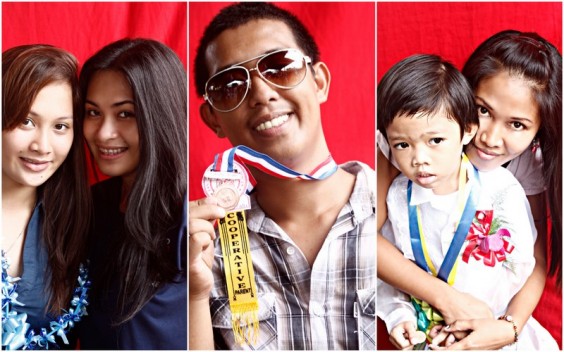 Angel and I look alike, except that I’m dark skinned and she is fair.  My brother in the middles looks likes someone else’s sibling and a bonus — the goof was awarded in his son’s graduation!
Kuya Igor’s son and wife was at the graduation too!
posted by 13thWiTCH at Tuesday, March 29, 2011