of pink taxis, emergencies and the salted people of the earth 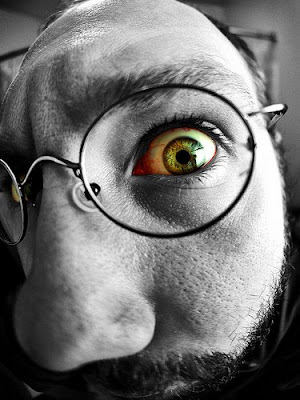 tell me about borderline insanity.
This week is just plain crazy. It started in a pace in rhythm with excitement of promised adventures and peaks of another reality of existence only to be greeted by the angel of death with its kiss of bursting pain and discomfort -- both physically and emotionally. It's peck on the cheek delivered the same expected promises of another calibre.

It involves a jet plane ride of the unconscious.
A transfer of plans.
An entrapment in the four white prison walls located amidst the busy chanting of the sick and the wounded.
It swirled to the joyful humming of the nth floor, an excitement that proved too much that it ended with bitter words and careless decisions.

But the moment was captured and now it is frozen in time inside the hourglass of each player's mind as each replays what went wrong and what went wayward as each licks its own wound -- wishing that the soul heals with each stroke of the doctor as he cleans the wound the angel of death planted.

It's been a long trying week for each.

He writhes in pain and seeks oblivion in sleep, or in his drugged consciousness and irregular moans...
The other tries to find her peace in her solitude as she silently sheds her tears of fear and angst.

For her, to be trapped is never a problem...but to be out of reach and be trapped in a solid world of warm blankets and cold drinks is a matter she cannot understand as she concerns herself with the reality she has to face.
A reality she didn't expect.
A reality that pushes her away as it needfully sends it hands for help.
A reality that says one thing but does another.
A reality that possesses a soul hungry for attention and time -- always needing to be emotionally fed and always longing to be comforted.

Drained and confused...tired and almost unconscious of the reality she is in, everything becomes surreal, everything becomes doubtful, everything starts to spin...and with the other's big round eyes, he unkonowingly pushed her wheel to the maximum, as he leaned to take her hand, trying to comfort her with his hold while moaning his great agony to the world...

but the spinning of the events was too fast for him to grip that his big saucer eyes lost focus...it got dizzy and it turned to chew on its own kind.

Now time has made so that by daylight, the spinning stops, and as each recovers from the dizzying effect of the ride they thought they could handle, Morning stepped in and stretched...tearing the two beings apart...making sure they never hurt eachother again.

The sun ushered her towards the pink taxi, with its wheels ready to run to take her home as the stars promised the other a salted comfort during the night...

Happy to have found my way here. :)